ARE YOU, ONE OF THE WINDRUSH GENERATION?

Then you need to Act Now!

The Huddersfield Windrush Advocacy Group has teamed up with specialist immigration solicitors MYUKVisas to offer help to the Windrush generation and their families. This includes:

Initial advice is free and the Government has waived the £1,300 visa application fee for a limited time only. Please contact Cllr Amanda Pinnock to find out more: 07766 221810

Who are the Windrush Generation?

The so-called Windrush Generation is the term used to describe migrants from Caribbean and other Commonwealth countries who arrived in the UK beginning in 1948 and 1973. Because immigration rules at the time were more relaxed than they are now, often migrants do not possess paperwork proving their right to live and work in the UK. Fast forward to the 21st Century and immigration rules are much stricter, requiring people to prove they have the right to live, work, train or even access NHS services here.
What problems are the Windrush Generation experiencing?
UK immigration officials have unfortunately been treating many of the Windrush Generation as illegal immigrants and many have been denied access to public services such as health and education or, even worse, deported.

What is the government doing about this?

The good news is that publicity about the plight of the Windrush Generation has shamed the government into a U-turn and it has now admitted it was at fault. A special task force has been established by the government to assess properly the rights of people to remain here in the UK. A compensation scheme is being designed to account for the shave .

If you believe you are a member of the Windrush generation, or one of their descendants, then it is important to establish your right to remain. Similarly, if you believe you have been disadvantaged then it is important to begin preparing a compensation claim. In both cases, expert help is on hand via the Huddersfield Windrush Advocacy Group and MyUKVisas.

Who are the Windrush Advocacy Group?

The Windrush Advocacy Group has been established to help members of the Windrush generation and their descendants who have been affected by the government’s over-zealous application of immigration rules. It is an informal group of volunteers who have come together to stand up for the rights of local people affected by the Windrush Scandal. The group is led by Cllr Amanda Pinnock (a housing lawyer who has been using her position as a Councillor to ensure that Kirklees Council provides resource to support the work of local Windrush activists), Hugh Goulbourne (a local trade union and community activist) and Natalie Pinnock-Hamilton (a trustee of Building African Caribbean Communities). The group also has representatives from the Jamaica National Council and local Trade Unions.

MyUKVisas is a specialist immigration law firm based in Huddersfield. Because the firm only does immigration its staff are experts in their field. The Managing Director of the firm is Arta Heath, a lawyer with over 20 years of experience of dealing with all aspects of immigration. Every year MyUKVisas helps dozens of people from many different countries to obtain visas to live and work in the UK as well as citizenship applications and asylum cases.

What do I do now? 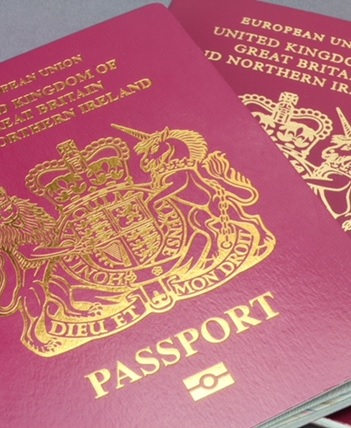